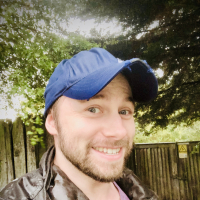 Transverse Myelitis Awareness Day took place yesterday, with events across the UK taking place designed to bring awareness of such a rare condition into the public consciousness. With so many rare conditions that never get a mention, we think it's important for conditions such as Transverse Myelitis to get as much coverage as possible. So, we spoke to @Ami2301 who you might know from the community about her experience with the condition.

Transverse Myelitis is a rare neurological condition which affects 1 in a million where the spinal cord becomes inflamed due to the myelin sheath (fatty tissue surrounding the spinal cord) being damaged.
The condition had a devastating impact on my mobility and as it was not tended to from the onset of symptoms, it caused my body to shut down. My cervical (neck) and thoracic (upper torso) regions were affected which led me to losing all the ability to move my head and my limbs.
There is no cure but with intensive physiotherapy I have gained the ability to move my limbs, sit up, stand up and walk again, albeit being a very short distance. The symptoms I now live with, which are constant, are altered sensations in my hands and throughout my body. It feels like i can feel every nerve!

Do you live with Transverse Myelitis (TM)? If you could tell someone one thing that would help them understand what it's like to live with TM, what would it be?
Senior Community Partner
Scope
3 · Share on TwitterShare on Facebook