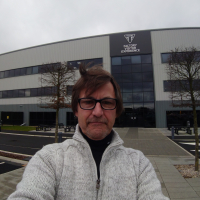 Aspiemike Posts: 8Member Connected
October 2019 edited October 2019 in Autism and Aspergers
I was nearly 60 when diagnosed with Asperger’s syndrome and am so proud to be different, I feel relieved to now know who I am and live my life to the full and not pretending to be someone else.
4 · Share on TwitterShare on Facebook