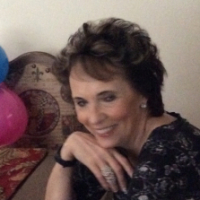 lulu1949 Member Posts: 29 Courageous
February 10 in PIP, DLA and AA
hi, I am waiting for a court date and it seems to be taking ages. Rather nervous as I thought when my son had his assessment it would be obvious that he needed mobility allowance. He is in terrific pain when walking just a few steps, had operations galore into the teens since 2003 has to use a crutch constantly to walk. DWP have assessed he can walk between 50 and 200 metres .His dad drives him around for his job which involves doing ground floor boiler surveys of domestic houses. His need is an allowance for a mobility vehicle to allow him to drive himself. His dad is seventy one years old and not in good health. His left leg is constant pain but it is now affecting his right leg because of the pressure he is putting on it so an automatic car is not sufficient ,he needs paddles on the steering wheel, he wants to be independent but I am as his Appointee finding this process draining , it’s as if no one believes him. The assessment was full of lies, she did not even look at him , just typed . I might add that he has never ever been out of work or claimed off the state  for anything .
0 · Share on TwitterShare on Facebook