Make sure the government hears your experiences 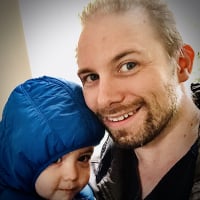 Scope is here for you during this difficult time and we want you to know your voice is an important one and must be heard. Coronavirus has drastically changed all our lives. It’s vital that the Government, businesses, and the public don’t forget disabled people.

Share your experiences with us, and we’ll make sure Government hears them.

If you have a few minutes to spare, we'd appreciate your feedback on our online community.
2 · Share on TwitterShare on Facebook