Home › Scope's online community Neurological conditions
If this is your first visit, check out the community guide. You will have to Join us or Sign in before you can post.
Keep on top of what's being talked about in our recent discussions and have your say! 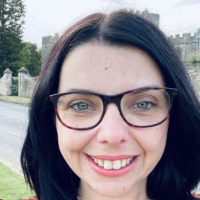 Cher_Scope Administrator Posts: 1,423 Pioneering
October 14 edited October 14 in Neurological conditions
Here's a link to the programme on the BBC iPlayer for those interested in watching.  The documentary is about:

This moving documentary follows Rob Burrow as he shows the same spirit in his fight against motor neurone disease as made him a hugely admired rugby league star.
His family and friends – including former teammates Kevin Sinfield and Barrie McDermott – also give their insight into this remarkable man. Burrow was prompted to raise awareness for research into the condition, including regular appearances on BBC Breakfast, after meeting former Scotland rugby union legend and fellow motor neurone disease sufferer Doddie Weir.
Burrow was diagnosed with the degenerative disease, for which there is no cure, barely two years after ending his stellar playing career by helping Leeds Rhinos to a record-extending eighth Super League grand final in autumn 2017. As the disease takes its toll physically, Burrow speaks of his determination to live as normal a life as possible and explains how his rugby career has prepared him for the challenge.

For those who watched the programme when it originally aired, what did you think? Please let us know in the comments below.

Want to tell us about your experience on the community? Talk to our chatbot and let us know.
0 · Share on TwitterShare on Facebook