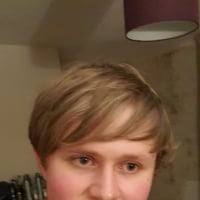 Emmerdale producers have defended a forthcoming storyline which will see a couple terminate their pregnancy after discovering their unborn child has Down's syndrome.

Last week's announcement of the storyline prompted a backlash from some viewers, who said the ITV soap was adding to stigma around the condition.

What is the storyline?

An upcoming plotline will see Laurel Thomas (played by Charlotte Bellamy) and Jai Sharma (played by Chris Bisson) delighted when they unexpectedly get pregnant.

But an early scan will show the pregnancy isn't developing as expected and there is the possibility the baby has a chromosomal condition. They decide to have a CVS (chorionic villus sampling) test, which is used to determine chromosomal or genetic disorders in a foetus. The result they receive tells them the baby has Down's syndrome.

Laurel and Jai will then be seen agonising over what to do, before ultimately deciding to end the pregnancy.

It might be worth noting that Emmerdale does have one character with Down's syndrome, Rhona and Marlon's 9 year old son Leo.

Why some viewers are offended

Wendy O'Carroll, the founder of support charity Ups and Downs Southwest, voiced her concerns in an open letter to Emmerdale which was widely shared on social media.

"Your proposed story will further serve to encourage and confirm the opinion that ending the life of a baby just because it has Down syndrome is perfectly acceptable and understandable because maybe it would be better if fewer people 'like them' were in the world,"

"Have you considered for even a moment, how children and adults with Down syndrome who follow your programme will react to two of their favourite characters discovering excitedly that they are to have a baby, and then deciding to terminate the life of that child because it has Down syndrome?"

Laura Shaw, the series producer for the soap, said:

"We're confident that what we've produced has been done in a really balanced and sensitive way,. We haven't gone into this blindly, we've spoken to as many people as we possibly can. We've got the research, this is based on real life, and I think people will see that."

She went on to say "You're going to feel uncomfortable at times watching it, but I hope that people will then, as they watch it, understand why we've done it."

What do you think of the plotline?

Want to tell us about your experience on the community? Talk to our chatbot and let us know.
0 · Share on TwitterShare on Facebook